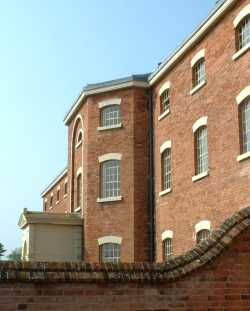 In 2003, Tim Dalling collaborated with singer, choir leader and composer Sally Brown and the Out of Silence choir to produce a choral work centred on The Workhouse, Southwell. The choir had been founded for a previous project, bringing "out of silence" songs from three manuscript songbooks found at Belton House in Lincolshire, and so giving voice to the women who had compiled those books.

The workhouse system of the nineteenth century was an attempt to deal with poverty by offering relief to the poor, but only if they were prepared to live in the workhouse, and follow the rules of the institution. These were deliberately harsh; families were broken up as men, women and children lived in separate wings of the institution; all those who were capable of work were given hard and tedious jobs to do. Housing a poor person in the workhouse cost more than giving them money or food in their own home, but the system kept costs down by its deterrent effect. No-one lived in the workhouse if they had any alternative.

Hear an extract from the song Out of Silence by clicking on the relevant icon: 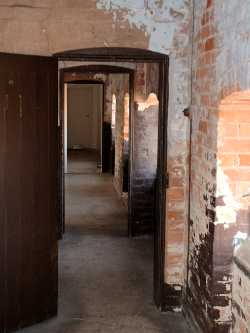 The workhouse residents had few chances to speak for themselves; Tim Dalling attributes to them the words of the Chartist leader Ernest Jones:

Ernest Jones, Song of the 'Lower Classes'
collected in Red Sky at Night,
edited by Andy Croft and Adrian Mitchell

Hear an extract from the song Song of the 'Lower Classes' by clicking on the relevant icon:

Although the residents do not speak, they - and the details of their daily lives - are documented. The workhouse staff recorded admissions and departures, dietary plans and supplies of soap. Surprisingly, the document in which individuals come vividly to life is the punishment book - the ledger which reveals who was deprived of meat at dinner for using obscene language, and who was taken before the board for fighting. Tim Dalling's song Don't get your name in the book evokes some of these ghosts; and Sally Brown pays tribute, in an interview on Radio 4's Woman's Hour, to Sarah Godson, repeatedly punished for singing.

Photographs of Southwell Workhouse by Roger Cornwell, © The National Trust 2005