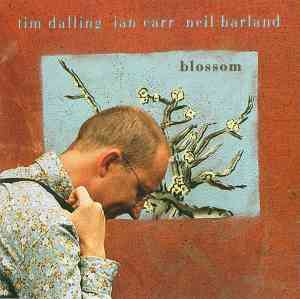 Over ten years ago (says Tim, writing in 2005), a green-fingered friend, Paul Ellis, sowed a little seed of an idea in my head. He lent me a book of poems by Louis MacNeice and suggested they'd be great set to music.

Fortunately, that little seed landed in one of the few brain-cells that has not withered and died, and with sunlight, rain, spells in darkness and tender, loving care from Ian Carr and Neil Harland it has finally blossomed into this album of songs.


"...the poems themselves are revealing, rewarding and riveting. MacNeice wrote as if his life depended on it, while Tim's life depends on him dressing in a kilt and being sorely abused by the other two members of the Old Rope String Band. The resulting contradictions, collisions and collusions make for a very successful album indeed..."

"Tim sings in a true, intimate voice which draws you right in; the instrumentation is always complementary, rich in detail and overtone, supportive of the emotive threads spun by the lyrics. His main musical collaborators here are Ian Carr, guitarist on more classic instrumental albums than you can count and Neil Harland (currently performing with The Hush among other noteworthy outfits) on double bass and production."